git-bug is a bug tracker that:

This is now more than a proof of concept, but still not fully stable. Expect dragons and unfinished business.

This project has grown bigger than I can handle by myself, especially with a day job. I'm looking for people to help on or maintain part of it:

Individually, those pieces are not especially complex but doing everything make it hard for me to focus on the core where things get more complicated. If this is useful for you or you just want to join the fun, maybe consider it?

There are multiple ways to use git-bug:

Your favorite editor will open to write a title and a message.

You can push your new entry to a remote:

And pull for updates:

You can now use commands like show, comment, open or close to display and modify bugs. For more details about each command, you can run git bug or read the command's documentation.

You can launch a rich Web UI with git bug webui. This web UI is entirely packed inside the same go binary and serve static content through a localhost http server.

The web UI interact with the backend through a GraphQL API. The schema is available here.

Interested by how it works ? Have a look at the data model and the internal bird-view.

PRs accepted. Drop by the Gitter lobby for a chat or browse the issues to see what is worked on or discussed.

You can now run make to build the project, or make install to install the binary in $GOPATH/bin/.

To work on the web UI, have a look at the dedicated Readme.

This project exists thanks to all the people who contribute.

Thank you to all our backers! [Become a backer]

Support this project by becoming a sponsor. Your logo will show up here with a link to your website. [Become a sponsor]

Unless otherwise stated, this project is released under the GPLv3 or later license © Michael Muré.

The git-bug logo by Viktor Teplov is released under the Creative Commons Attribution 4.0 International (CC BY 4.0) license © Viktor Teplov.

ReGit is a tiny Git implementation written in Golang. It uses the same underlying file formats as Git. Therefore, all the changes made by ReGit can be checked by Git. 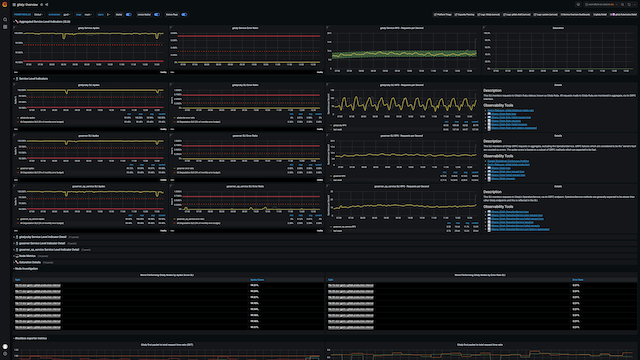 Removes unnecessarily saved git objects to optimize the size of the .git directory.

Git Repo Cleaner Optimizes the size of the .git directory by removing all of the files that are unnecessarily-still-saved as part of the git history.

go-git is a highly extensible git implementation library written in pure Go. It can be used to manipulate git repositories at low level (plumbing) or

gitin gitin is a commit/branch/status explorer for git gitin is a minimalist tool that lets you explore a git repository from the command line. You ca

A command-line tool that makes git easier to use with GitHub.

hub is a command line tool that wraps git in order to extend it with extra features and commands that make working with GitHub easier. For an official

gitbase gitbase, is a SQL database interface to Git repositories. This project is now part of source{d} Community Edition, which provides the simplest

Fast and powerful Git hooks manager for any type of projects.

Implementation of git internals from scratch in Go language

This project is part of a learning exercise to implement a subset of "git" commands. It can be used to create and maintain git objects, such as blobs, trees, commits, references and tags.

A Simple and Comprehensive Vulnerability Scanner for Container Images, Git Repositories and Filesystems. Suitable for CI

A Simple and Comprehensive Vulnerability Scanner for Containers and other Artifacts, Suitable for CI. Abstract Trivy (tri pronounced like trigger, vy

go mod vendor lets you check in your dependencies to git, but that's both bloaty (for developers) and tedious (remembering to update it).

go-mod-archiver Afraid of being unable to build historical versions of your Go program? go mod vendor lets you check in your dependencies to git, but

Quickly clone git repositories into a nested folders like GOPATH.

cl cl clones git repositories into nested folders like GOPATH and outputs the path of the cloned directory. Example: cl https://github.com/foo/bar Is

Switch between your git profiles easily