This is really nice. It addresses the main things I miss about generics, namely

and does so without overwhelming complexity.

By comparison, C++'s templates are extremely powerful, but syntactically and semantically quite complex, and historically the error messages have been both confusing and too late. (Templates also lead to considerable bloat in the text segment, but that may be a risk of the Go approach too.) Java's generics are limited to reference types, and thus are no use for efficient algorithms on (say) arrays of integers. Somehow the Go approach seems to do most of what I need while still feeling simple and easy to use.

Users will no doubt build generic libraries of collections, of stream processing functions, and of numeric analysis routines. The design space for each is large, and I imagine arriving at simple, efficient, and coherent APIs worthy of the standard library will be an arduous task. But there is no need to hurry.

My experiments have tended to parameterize over built-in types, or "any". I should probably spend more time investigating interface-constrained types.

funcy Experimenting with golang generics to implement functional favorites like filter, map, && reduce. 2021-12 To run the tests, you need to install

A collection of functional operators for golang with generics

Go 1.18 generics based slice and sorts.

f f is a simple library that leverages the new generics in Golang to create a tools for functional style of code. Pipe like '|' in Elixir or Elm. inp

A hands-on approach for getting started with Go generics.

Go Generics the Hard Way This repository is a hands-on approach for getting started with Go generics: Prerequisites: how to install the prerequisites

go.eth-p.dev/goptional Generic Optional (or Go Optional, if you prefer) goptional is a package that provides an implementation of an Optional[T] monad

Code Generation for Functional Programming, Concurrency and Generics in Golang

goderive goderive derives mundane golang functions that you do not want to maintain and keeps them up to date. It does this by parsing your go code fo

Unusual Generics Type parameters or Generics in Go designed to reduce boilerplate for container data types like lists, graphs, etc. and functions like 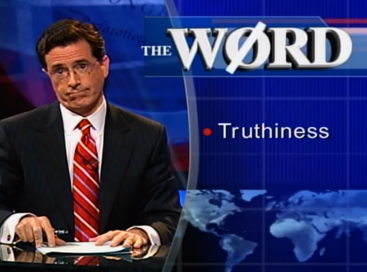 Go Library for Competitive Programming with Generics Go used to be a difficult language to use for competitive programming. However, with the introduc

experimental promises in go1.18 with generics

async go a prototype of "promises" in go1.18. note: this is just an experiment used to test alternate patterns for dealing with asynchronous code in g

Go 1.18 generics use cases and examples

Go 1.18 generics use cases What are generics? See Type Parameters Proposal. How to run the examples? As of today, gotip is the simplest way to run the