A PDF document generator with high level support for text, drawing and images

gofpdf has no dependencies other than the Go standard library. All tests pass on Linux, Mac and Windows platforms.

gofpdf supports UTF-8 TrueType fonts and “right-to-left” languages. Note that Chinese, Japanese, and Korean characters may not be included in many general purpose fonts. For these languages, a specialized font (for example, NotoSansSC for simplified Chinese) can be used.

Also, support is provided to automatically translate UTF-8 runes to code page encodings for languages that have fewer than 256 glyphs.

To install the package on your system, run

See the functions in the fpdf_test.go file (shown as examples in this documentation) for more advanced PDF examples.

If an error occurs in an Fpdf method, an internal error field is set. After this occurs, Fpdf method calls typically return without performing any operations and the error state is retained. This error management scheme facilitates PDF generation since individual method calls do not need to be examined for failure; it is generally sufficient to wait until after Output() is called. For the same reason, if an error occurs in the calling application during PDF generation, it may be desirable for the application to transfer the error to the Fpdf instance by calling the SetError() method or the SetErrorf() method. At any time during the life cycle of the Fpdf instance, the error state can be determined with a call to Ok() or Err(). The error itself can be retrieved with a call to Error().

This package is a relatively straightforward translation from the original FPDF library written in PHP (despite the caveat in the introduction to Effective Go). The API names have been retained even though the Go idiom would suggest otherwise (for example, pdf.GetX() is used rather than simply pdf.X()). The similarity of the two libraries makes the original FPDF website a good source of information. It includes a forum and FAQ.

However, some internal changes have been made. Page content is built up using buffers (of type bytes.Buffer) rather than repeated string concatenation. Errors are handled as explained above rather than panicking. Output is generated through an interface of type io.Writer or io.WriteCloser. A number of the original PHP methods behave differently based on the type of the arguments that are passed to them; in these cases additional methods have been exported to provide similar functionality. Font definition files are produced in JSON rather than PHP.

A side effect of running go test ./... is the production of a number of example PDFs. These can be found in the gofpdf/pdf directory after the tests complete.

Please note that these examples run in the context of a test. In order run an example as a standalone application, you’ll need to examine fpdf_test.go for some helper routines, for example exampleFilename() and summary().

Example PDFs can be compared with reference copies in order to verify that they have been generated as expected. This comparison will be performed if a PDF with the same name as the example PDF is placed in the fpdf/pdf/reference directory and if the third argument to ComparePDFFiles() in internal/example/example.go is true. (By default it is false.) The routine that summarizes an example will look for this file and, if found, will call ComparePDFFiles() to check the example PDF for equality with its reference PDF. If differences exist between the two files they will be printed to standard output and the test will fail. If the reference file is missing, the comparison is considered to succeed. In order to successfully compare two PDFs, the placement of internal resources must be consistent and the internal creation timestamps must be the same. To do this, the methods SetCatalogSort() and SetCreationDate() need to be called for both files. This is done automatically for all examples.

Nothing special is required to use the standard PDF fonts (courier, helvetica, times, zapfdingbats) in your documents other than calling SetFont().

You should use AddUTF8Font() or AddUTF8FontFromBytes() to add a TrueType UTF-8 encoded font. Use RTL() and LTR() methods switch between “right-to-left” and “left-to-right” mode.

In order to use a different non-UTF-8 TrueType or Type1 font, you will need to generate a font definition file and, if the font will be embedded into PDFs, a compressed version of the font file. This is done by calling the MakeFont function or using the included makefont command line utility. To create the utility, cd into the makefont subdirectory and run “go build”. This will produce a standalone executable named makefont. Select the appropriate encoding file from the font subdirectory and run the command as in the following example.

In your PDF generation code, call AddFont() to load the font and, as with the standard fonts, SetFont() to begin using it. Most examples, including the package example, demonstrate this method. Good sources of free, open-source fonts include Google Fonts and DejaVu Fonts.

The draw2d package is a two dimensional vector graphics library that can generate output in different forms. It uses go-pdf/fpdf for its document production mode.

go-pdf/fpdf is a global community effort and you are invited to make it even better. If you have implemented a new feature or corrected a problem, please consider contributing your change to the project. A contribution that does not directly pertain to the core functionality of go-pdf/fpdf should be placed in its own directory directly beneath the contrib directory.

Here are guidelines for making submissions. Your change should

Pull requests are the preferred means of accepting your changes.

go-pdf/fpdf is released under the MIT License. It is copyrighted by Dave Barnes and the contributors acknowledged below.

Thank you to Kurt Jung who originally wrote gofpdf in 2013 - 2019. This package’s code and documentation are closely derived from the FPDF library created by Olivier Plathey, and a number of font and image resources are copied directly from it. Bruno Michel has provided valuable assistance with the code. Drawing support is adapted from the FPDF geometric figures script by David Hernández Sanz. Transparency support is adapted from the FPDF transparency script by Martin Hall-May. Support for gradients and clipping is adapted from FPDF scripts by Andreas Würmser. Support for outline bookmarks is adapted from Olivier Plathey by Manuel Cornes. Layer support is adapted from Olivier Plathey. Support for transformations is adapted from the FPDF transformation script by Moritz Wagner and Andreas Würmser. PDF protection is adapted from the work of Klemen Vodopivec for the FPDF product. Lawrence Kesteloot provided code to allow an image’s extent to be determined prior to placement. Support for vertical alignment within a cell was provided by Stefan Schroeder. Ivan Daniluk generalized the font and image loading code to use the Reader interface while maintaining backward compatibility. Anthony Starks provided code for the Polygon function. Robert Lillack provided the Beziergon function and corrected some naming issues with the internal curve function. Claudio Felber provided implementations for dashed line drawing and generalized font loading. Stani Michiels provided support for multi-segment path drawing with smooth line joins, line join styles, enhanced fill modes, and has helped greatly with package presentation and tests. Templating is adapted by Marcus Downing from the FPDF_Tpl library created by Jan Slabon and Setasign. Jelmer Snoeck contributed packages that generate a variety of barcodes and help with registering images on the web. Jelmer Snoek and Guillermo Pascual augmented the basic HTML functionality with aligned text. Kent Quirk implemented backwards-compatible support for reading DPI from images that support it, and for setting DPI manually and then having it properly taken into account when calculating image size. Paulo Coutinho provided support for static embedded fonts. Dan Meyers added support for embedded JavaScript. David Fish added a generic alias-replacement function to enable, among other things, table of contents functionality. Andy Bakun identified and corrected a problem in which the internal catalogs were not sorted stably. Paul Montag added encoding and decoding functionality for templates, including images that are embedded in templates; this allows templates to be stored independently of gofpdf. Paul also added support for page boxes used in printing PDF documents. Wojciech Matusiak added supported for word spacing. Artem Korotkiy added support of UTF-8 fonts. Dave Barnes added support for imported objects and templates. Brigham Thompson added support for rounded rectangles. Joe Westcott added underline functionality and optimized image storage. Benoit KUGLER contributed support for rectangles with corners of unequal radius, modification times, and for file attachments and annotations. 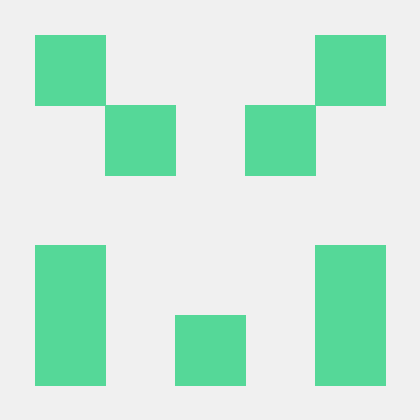 goldmark-pdf is a renderer for goldmark that allows rendering to PDF. 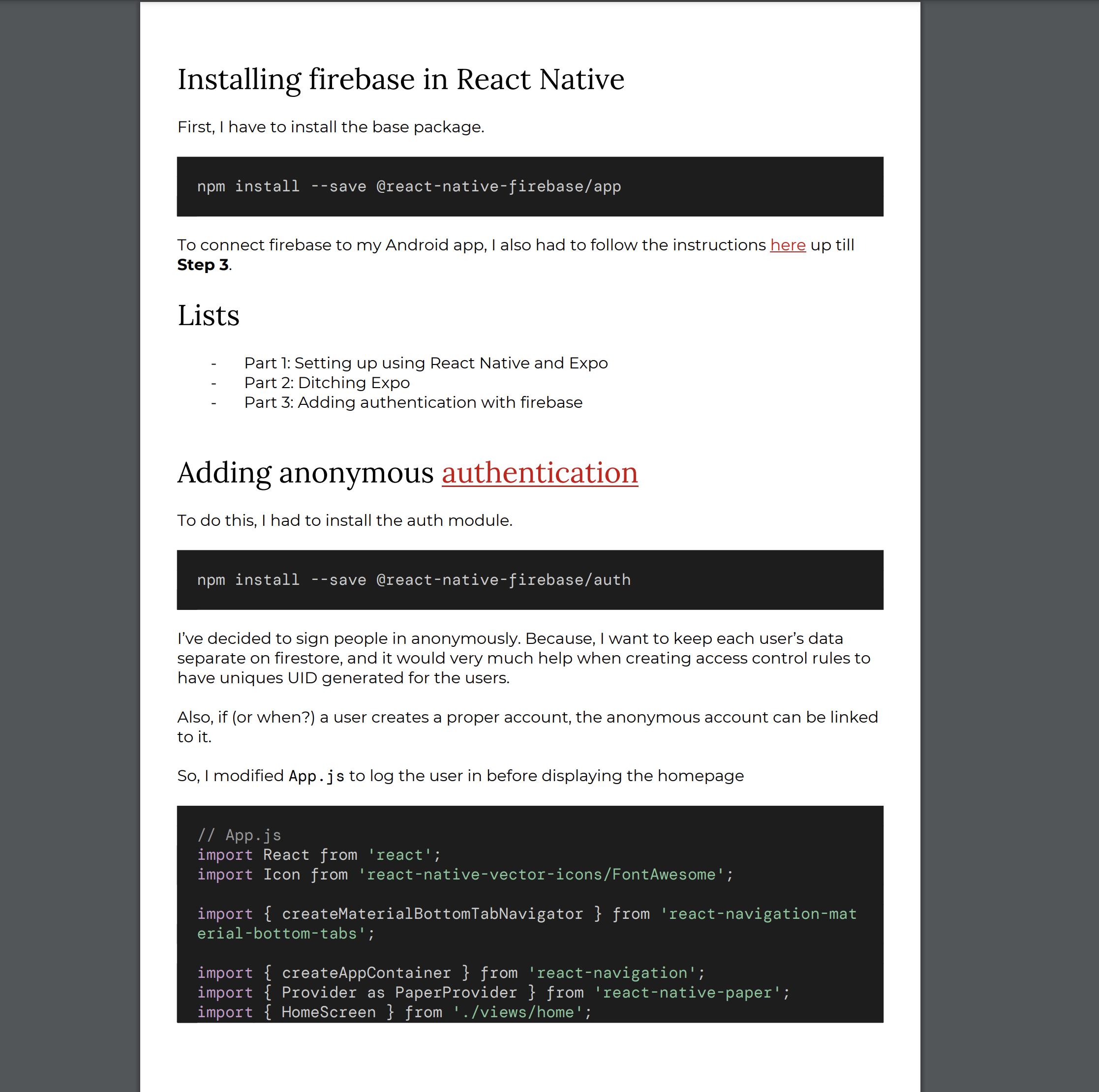 A PDF renderer for the goldmark markdown parser.

Convert document to pdf with golang

Read data from rss, convert in pdf and send to kindle. Amazon automatically convert them in azw3.

go-exiftool go-exiftool is a golang library that wraps ExifTool. ExifTool's purpose is to extract as much metadata as possible (EXIF, IPTC, XMP, GPS,

A PDF processor written in Go.

pdfcpu: a Go PDF processor pdfcpu is a PDF processing library written in Go supporting encryption. It provides both an API and a CLI. Supported are al

A simple library for generating PDF written in Go lang

rm-pdf-tools - PDF tools for reMarkable Disclaimer: rm-pdf-tools is currently in a very early version, bugs are to be expected. Furthermore, the inten

Logbook CLI This is a command line tool for mainly exporting logbook records from Google Spreadsheet to PDF file in EASA format. It also supports rend 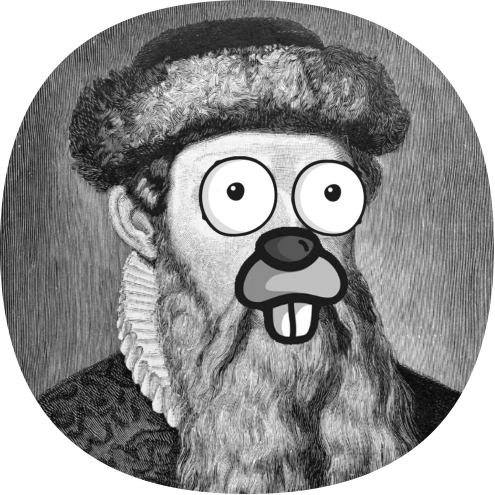 Gotenberg provides a developer-friendly API to interact with powerful tools like Chromium and LibreOffice to convert many documents (HTML, Markdown, Word, Excel, etc.) to PDF, transform them, merge them, and more!

#pdf A pdf document parsing and modifying library The libary provides functions to parse and show elements in PDF documents. It checks the validity

CableLable create PDF from ASCII File for Cable labels file format is one label per line, a line containing up to 3 words, each word is a line on the Newser A simple utility to crawl some news sites or other resources and download content into a pdf Building Make sure you have config.yaml setup and PDFrankenstein is a GUI tool that intends to fill the gap on Linux where a good capable PDF annotator like Adobe Acrobat does not exist. What can you