Grule is a Rule Engine library for the Golang programming language. Inspired by the acclaimed JBOSS Drools, done in a much simple manner.

Like Drools, Grule have its own DSL comparable as follows.

Grule Rule Engine is a Production Rule System that uses the rule-based approach to implement an Expert System. Expert Systems are knowledge-based systems that use knowledge representations to process acquired knowledge into a knowledge base that can be used for reasoning.

A Production Rule System is Turing complete with a focus on knowledge representation to express propositional and first-order logic in a concise, non-ambiguous and declarative manner.

A Production Rule is a two-part structure that uses first-order logic for reasoning over knowledge representation. A business rule engine is a software system that executes one or more business rules in a runtime production environment.

A Rule Engine allows you to define “What to Do” and not “How to do it.”

What is a Rule

Rules are pieces of knowledge often expressed as, "When some conditions occur, then do some tasks."

The most important part of a Rule is its when part. If the when part is satisfied, the then part is triggered.

Advantages of a Rule Engine

Rules make it easy to express solutions to difficult problems and get the verifications as well. Unlike codes, Rules are written with less complex language; Business Analysts can easily read and verify a set of rules.

The data resides in the Domain Objects and the business logic resides in the Rules. Depending upon the kind of project, this kind of separation can be very advantageous.

By using Rules, you create a repository of knowledge (a knowledge base) which is executable. It is a single point of truth for business policy. Ideally, Rules are so readable that they can also serve as documentation.

Since business rules are actually treated as data. Adjusting the rule according to business dynamic nature become trivial. No need to re-build codes, deploy as normal software development do, you only need to roll out sets of rule and apply them to knowledge repository.

Executing rules against a fact:

You can read the detail report here

Yes. We need contributors to make Grule even better and useful to the Open Source Community.

If you really want to help us, simply Fork the project and apply for Pull Request. Please read our Contribution Manual and Code of Conduct 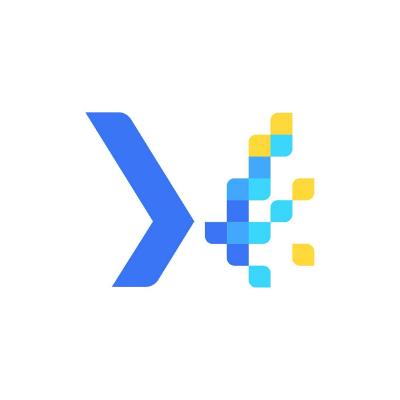 
If your company or project is using Grule right now and don't mind tobe featured here, I would glad to add a name, logo (if you have one) and a link to your site. While it surely help us to know our users, your product might gain awareness by those who passing by. Please submit a "Feature me" issue, stating the company/product name, a link to the page and/or logo in the issue's description. Vaku is a CLI and API for running path- and folder-based operations on the Vault Key/Value secrets engine.

Vaku Vaku is a CLI and API for running path- and folder-based operations on the Vault Key/Value secrets engine. Vaku extends the existing Vault CLI an

vkectl Introduction vkectl is a tool to manage VKE(VolcanoEngine Kubernetes Engine) resources through a CLI(Command Line Interface). It is written in

nanoapi Nano API Implementation in GO TL;DR The idea is to create a very simple

An implementation of the Nano cryptocurrency protocol in golang

Go Nano An implementation of the Nano protocol written from scratch in Go (golang). About the Project A crypto currency has to be resilient to survive

Golisp-wtf - A lisp interpreter (still just a parser) implementation in golang. You may yell "What the fuck!?.." when you see the shitty code.

An implementation of sed in Go. Just because!

Sed-Go An implementation of sed in Go. Just because! Status Command-Line processing: Done. It accepts '-e', '-f', '-n' and long versions of the same.

globalDCE-go This is the reference implementation of the command line interface of globalDCE coded in the go programming language. This project is sti

globaldce This is the reference implementation of the command line interface of globaldce coded in the go programming language. This project is still

A go language implementation of a CLI, based on input directory files

An experimental AOT implementation of PHP

A TUI implementation of the popular word quiz wordle!